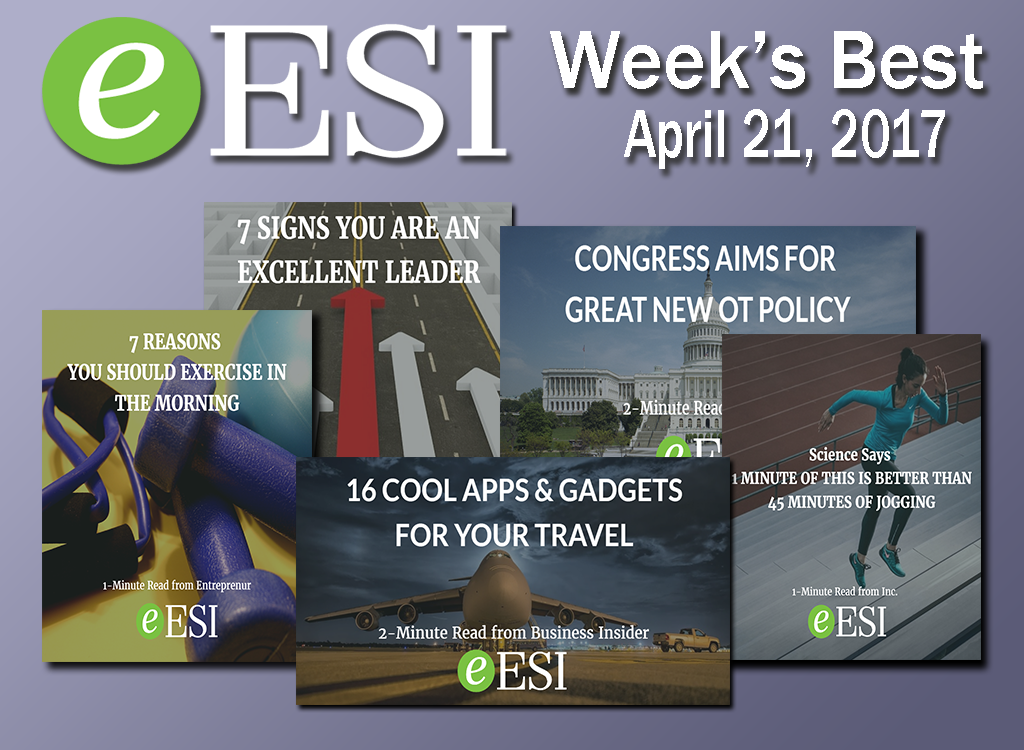 In the News, President Trump signed a ‘Buy American, Hire American’ executive order earlier this week requiring tougher enforcement of rules governing the hiring of foreign workers in the United States and a tightening of the requirement that U.S. government agencies use American-made products.

As part of that signing, he also modified the H-1B Visa program, and called for a thorough review to close loopholes companies use to hire cheaper foreign labor.  Trump said the program is displacing American workers, and driving down wages for those that work. Townhall’s Andy Schlafly explains what the executive order is designed to achieve.

Move over FLSA OT Rule.  Congress is considering a new overtime policy that Inc.’s Suzane Lucas believes is one of the best things to come out of labor law in a very long time.  You can read about it in her article, Congress Thinks About Doing Away with Mandatory Overtime Payments. The new rule, if passed, seems to work better for companies and employees than the current FLSA OT rule.

More in HR, the Department of Labor has punted for the third time on the OT rule, extending the date for their decision to June 30th … seems this may coincide with the new and improved approach Congress is now considering … also in HR, Texas Roadhouse agreed to settle an age discrimination case for 12 million dollars … and, the USCIS begins issuing newly designed green cards beginning May 1.

In Leadership, Inc.’s Marcel Schwantes posted 7 Signs of an Excellent Leader; how many signs describe you?

In Personal Productivity, there have been several excellent articles about new research on exercise, eating, and happiness … a recent study found that 1-minute of High Intensity Interval Training is equal to roughly 45 minutes of jogging … the biggest study ever conducted on happiness, concluded with two important findings that you can review in Melanie Curtain’s post in Inc.  … and, last week we showed you research about the ‘best time to exercise,’ This week, Entrepreneur published 7 Reasons Entrepreneur’s Should Exercise in the Morning – a post that summarizes the benefits of several recent studies – definitely worth reading.

In Tech & Trends, Google Earth has been updated with some very impressive features, like 3D footage.  You will get an idea how much better the experience really is by watching the new Google Earth video … the Verge reports that Mastercard is launching its new fingerprint scanner credit card … Business Insider posted 16 of the best new travel apps and gadgets.  If you like gadgets or travel, you’ll want to see the list … and, last week we told you about the new Flying Car being unveiled at the Monte Carlo Supercar Show.  There were a links and some videos, but what they company unveiled recently is much improved – quite cool.  Looks like The Jetson’s, for those of you who can remember the TV series.